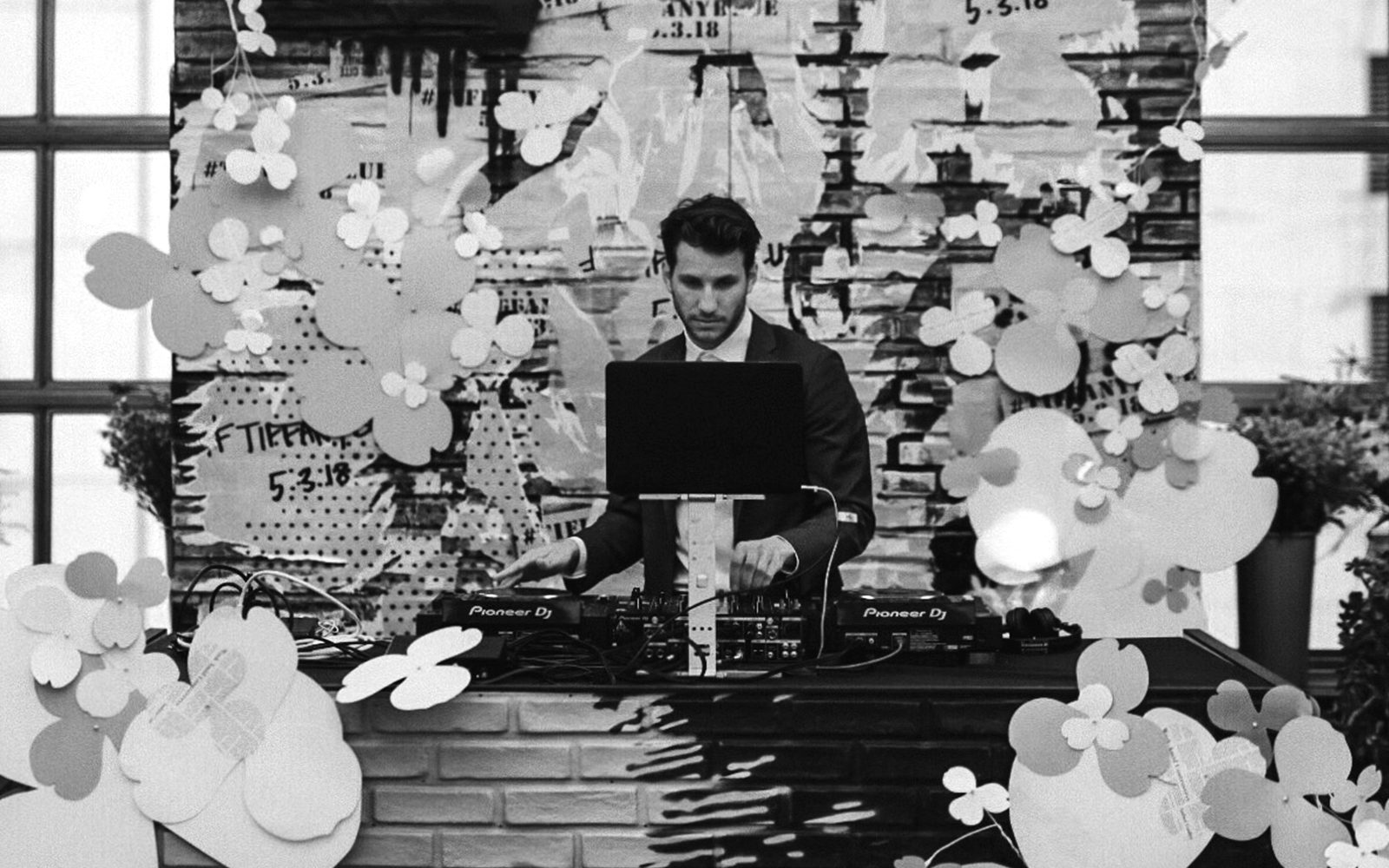 Guillaume Viau is an open-format DJ and multidisciplinary designer. His taste in music, unique aesthetic, and digital presence has had him quickly become one of the most sought after and go-to curators for brands in both the DJ and partnership space.
Over the last few years, Guillaume has provided music for some of the most high-profile events in North America for clients such as Louis Vuitton, Hermès, Bentley, Google, Tiffany & Co., Rémy Martin, Coach, among others – and for celebrities including Selena Gomez and Nick Jonas. Most recently, he performed alongside The Killers, Travis Scott, and CHVRCHES at the Cannes Lions International Festival of Creativity for Spotify. Viau is also no stranger to the nightlife industry where he is often playing gigs at some of the most exclusive nightclubs across in New York, Toronto, and Los Angeles.
Always looking for a way to continue growing his personal brand and name, Guillaume started working with fellow DJ and producer, Conor Stief, on original music under the name Flight School.
The duo have quickly gained attention with their official remixes for Life of Dillon, Lost Kings, and The Chainsmokers, to name a few, having garnered over half a million streams across all platforms – including support by The Chainsmokers on SoundCloud.
In addition to music, he has released two clothing collaborations with pop superstars The Chainsmokers under his brand Daily News Project. The duo has now collaborated twice with Guillaume on their ongoing Strange Adventures project, which was sold by Live Nation and made available on their official website.
The partnership space has also been one of Viau’s strengths, having worked with major companies such as American Express, Armani Exchange, Calvin Klein, Coca-Cola, Miller Genuine Draft, Telus, and Molson on social media campaigns. Because of his unique aesthetic, he is often asked to collaborate with these brands to create content and share it with his audience on Instagram.
Roster